United States Mask was recently founded with the mission to produce "in America, for Americans." In an effort to provide front line workers with easy access to PPE, the company uses materials sourced from the U.S. to make N95-certified masks in a Fort Worth warehouse.

United States Mask is built on the idea that everything is made “in America, for Americans.” Headquartered in Addison with a manufacturing plant in Fort Worth, the company uses materials sourced from the U.S. to make N95-certified masks.

It even recently launched its own iteration of an N95 particulate respirator called The 1836—and it’s already been certified by the National Institute for Occupational Safety and Health. 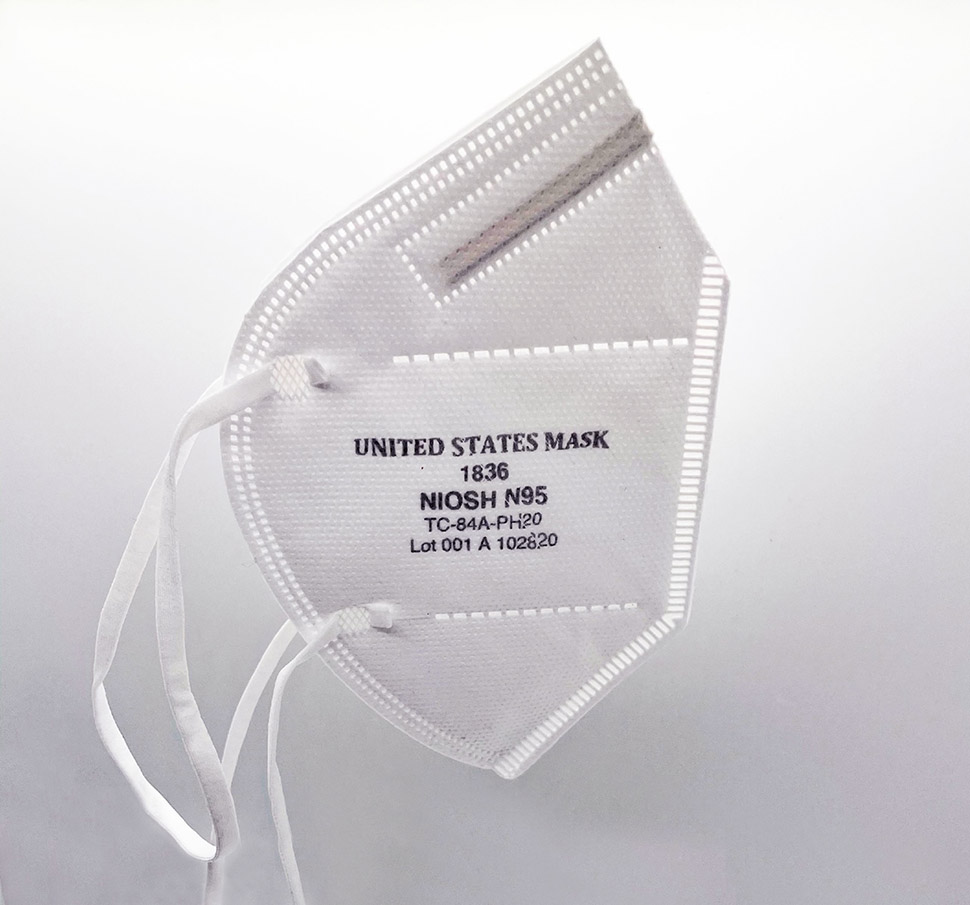 “We brought them a sick infant, and they sent us home with our son,” Bielamowicz said. “When we walked out of that hospital, we left with a gift far greater than anything I knew I could repay.”

Though Matthew is now prospering, Bielamowicz says he couldn’t bear the thought of local healthcare workers like those who helped his son suffering from a lack of PPE.

“To put it bluntly, American first responders and those on the front lines should not be reliant on outsourced products from other countries for their safety,” he said.

Baillargeon’s story is similarly based on family. Because when the COVID-19 pandemic initially hit, Baillargeon was in the midst of preparing for the arrival of his first son in August.

Baillargeon was asked to assist in locating a large quantity of N95 respirators, and said he felt an obligation to help the doctors and nurses who were helping his new family during a stressful time. But, he hit some roadblocks.

Baillargeon quickly came to find that N95 respirators weren’t available in the United States. His next step involved contacting distributors in China. One of his phone calls was to his friend and now business partner, John Bielamowicz. The duo got to work, and even had some success getting extra N95 respirators into the United States. But the bulk of the respirators never made it. Some were held up at the border in China, while others were stuck in U.S. Customs. Still thousands of others were lost in transit.

“We asked ourselves, why are we relying on other countries to provide this extremely crucial PPE?” Baillargeon said. “Why aren’t we manufacturing enough PPE here in the USA to protect and provide dependability should this continue and/or happen again?”

So that’s when Baillargeon and Bielamowicz decided to invest their own money to procure the machinery and materials for their own PPE venture. Now, they plan to produce around a million masks a month from their Fort Worth warehouse.

And, the co-founders call The 1836 a “declaration of commitment” to the healthcare and front line workers across the country.

“Both David and I are husbands and fathers,” Bielamowicz said. “For the gifts we’ve been given in our own families, the mission of this company is something that is deeply personal.”

Link to the article